Are You up to the Challenge?

How many of you know what these are?

They are challenge coins!

A challenge coin is a coin with an organization’s insignia and is carried by the members of that group. In the military, they are normally presented by commanders to recognize outstanding service or the special achievement of a member in the unit.

The tradition goes back to WWI when the coin was being used to verify a person’s identity during meetings or membership to a specific unit. The very first unit in the U.S. Military that was known to have a coin was the Special Forces Group, the Green Berets. There is also a specific way to hand out these coins, which is usually through a handshake. It is passed from the right hand of the giver to the right hand of the receiver. 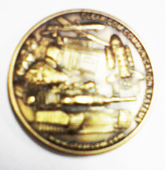 In 2009, Clear-Com designed and created our own challenge coin with images from the military, aerospace and government to represent the markets we serve. We offer them to customers/personnel in uniform during meetings and also use a handshake to complete the transfer. 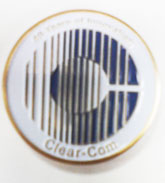 Watch this video below to learn more!