Do You Need a LAN or a WAN?

When designing an IT network topology, you might want to consider a Campus Area Network (CAN), a Metropolitan Area Network (MAN) or a Tiny Area Network (TAN), but most certainly a Local Area Network (LAN) or Wide Area Network (WAN) will do the job. All of these networking schemes utilize the same switches and file transfer technologies and are used to connect computers and devices, allowing them to communicate in a specific geographical area or region.

You might be most familiar with the computer networking terms like LAN or WAN, which are thrown around a lot in conversations about setting up IT networks and collaborative environments, but what do they really mean to your organization? 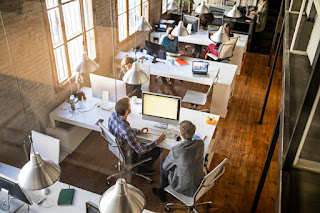 A Local Area Network (LAN) is a group of computers and network devices that are connected together, usually within the same building. Examples could be a small office or production facility, a single building or multiple buildings located on campus.

A Wide Area Network (WAN), as its name implies, connects several LANs together (whether nearby or in different parts of the world) and is typically used by an enterprise-level installation (a corporation or organization) or local governments that make civic information easily accessible to the public.

The technology employed – routers, servers, cabling, desktop clients for users – is high speed and relatively expensive. LANs tend to use high-speed connectivity technologies like Ethernet (CAT5/6 cabling) or Token Ring (all computers are connected in a ring or star topology). WANs most often use technologies like MPLS, ATM, Frame Relay and X.25 for connectivity over long distances.

The major advantage of a LAN is the speed it can reach. With a LAN, it isn’t uncommon to see technology that supports 1Gbps file transfers. Most agree that a LAN can operate up to 30x faster than a WAN. The further the distance, the slower the network. However, the major disadvantage with a LAN is that it is only good as far as you can reach an Ethernet cable or WiFi signal. Simply put, you cannot buy an Ethernet cable that will reach throughout an entire building, and a WiFi connection rapidly deteriorates as you get further than a few dozen miles away.

A WAN connection is generally harder to setup, but there are many creative ways to do so. One very common way is renting a line from an Internet service provider and using their network (that’s already connected to the entire world) and connecting Point A to Point B. Another way to do a WAN is connecting the devices with various wireless technologies, like cellphone towers or satellites. As you can imagine, all of these are much harder to create than setting up a LAN, and almost always demands high level professional setup and maintenance.

LANs are generally more secure than WANs, but, of course, WANs enable more widespread connectivity. And, while LANs tend to be owned, controlled and managed in-house by the organization where they are deployed, WANs typically require two or more of their constituent LANs to be connected over the public Internet or via a private connection established by a third-party telecommunications provider. As for actual reliability, LANs tend to have fewer problems because there are less systems to deal with. A WAN tends to be less fault tolerant as they consist of a large number of disparately located systems that have to be reliably connected.

One of the big disadvantages to implementing a WAN is the cost. Having a private WAN can be expensive because of the technology required to connect two remote places together. However, WANs using public networks can be setup very cost-effectively using Virtual Private Network (VPN) hardware and software, which allows a desktop computer to transparently connect to a remote network as if you were physically attached to that network. For security, the communication link between your computer and the remote VPN hardware is encrypted while using the VPN. 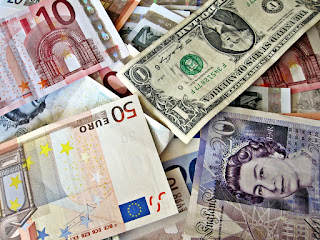 In the end, it’s clear that those implementing a network – whether a LAN or a WAN – should take a hard look at how they plan to use that network and who will use it. Each topology has its advantages and disadvantages that can affect an organization’s productivity significantly. Which one you choose ultimately depends on costs and your business model.