Where has Clear-Com been installed around the world? Check out some of our installations from 2008. Here are some of my favorite: 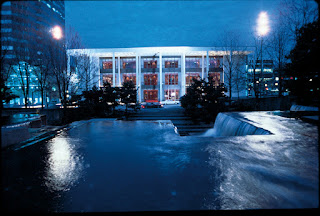 The Portland Opera produces opera that will knock your socks off. Murder, mayhem, and madness make for a great night out! Clear-Com is helping the Portland Opera’s busy staff streamline its production workflow across its multi-venue facility. Crew members use Clear-Com’s CellCom® at its three performance venues, the 2,992-seat Keller Auditorium, the 880-seat Newmark Theatre and the 178-seat Studio Theatre at the company’s headquarters.

In 2000, ProSiebenSat. 1 Produktion was founded as the largest television company in Germany. With 29 TV stations and a television audience of over 62 million households, it is one of the leading media groups in Europe.  They have installed five Eclipse matrices and Clear-Com’s FreeSpeak®.

CCTV in China has the largest intercom installation of all media organizations in the world!They have four Eclipse digital matrix intercom system frames, 146 V-Series user control panels, a FreeSpeak® digital wireless intercom with 25 beltpacks, a variety of Encore partyline systems and more.

Did you know AccuWeather created a unified value known as “The AccuWeather Exclusive RealFeel Temperature.” The formula for calculating this value incorporates the effects of temperature, wind, humidity, sunshine intensity, cloudiness, precipitation and elevation on the human body. AccuWeather is using Clear-Com’s Eclipse and CellCom for communication during its operations.