Totally Tubular: A History of the Development of Intercom (Part 1)

People have always needed to communicate over long distances. From the smoke signal used by Native American tribes, to the telephone, to email via the Internet, the ability to communicate at a distance is a need that goes back through the millennia.

Equally so, communicating over smaller distances has also been important. Talking from one floor to another in a single building, or within any large area (such as inside a warehouse) requires some form of internal communication.

From “internal communication”, we get the now common term of “Intercom”. This term is generally used as the name of a device or system that allows people to speak to each other from one room to another, or across a large open area inside a structure.

Before electrical systems were common, the usual way to get someone’s attention was by some form of signaling. As an example, communicating in a large mansion-style home from the parlor to the servant’s quarters was done by pull ropes that were connected to bells that would ring – when the rope was pulled, the bells would ring, grabbing the attention of the servant. When electrical signaling devices became more commonplace, these pull ropes were replaced with wired pushbuttons that would trigger a buzzer that would sound in the servant’s quarters. Whether with the pull ropes or the wired pushbuttons, the servants were only alerted that their services were needed; therefore they needed to walk from one area of the house to the other to find out what was needed. 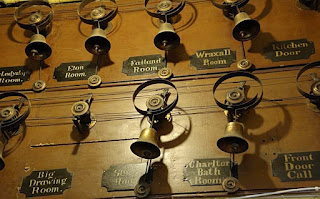 Being able to actually talk to a person in another part of a building would be more efficient. The result of this need of efficiency was the development of an acoustical communication system, or more simply, a voice tube. A voice tube is a hollow tube or pipe that was run from one place to another, allowing people to talk back and forth to each other from different ends of a building.

The idea for the original voice tube began back in the early nineteenth century by the French scientist, Jean-Baptiste Biot. His unusual choice of laboratory in which to test his theory – the water pipes of his home city of Paris. From his experiments, Biot discovered that smaller pipes carried sounds over amazingly long distances. Larger pipes just didn’t work as well for carrying sound.

In 1849, Scientific American magazine published an article describing what they called as an acoustic telegraph – a tube made of gutta percha (a latex-like material that’s produced from the sap of trees that grow in Malaysia). The article claimed that a tube made of this material and of the proper size could send voices for several miles.

Later voice tube developments included work done by Antonio Meucci, an Italian immigrant scientist who built an acoustic speaking tube system in his home in New York. He later was attributed for his work on what eventually became known as the telephone.

Early aircraft models were usually of the open-cockpit design and were extremely noisy. Instructors had to scream at their flying students in order to be heard above the sound of the engine and the slipstream noise. So, in 1917, at a flying school in Gosport, England, an instructor named Robert Raymond Smith-Barry sought to overcome this problem with some rubber tubes that had a funnel on one end, and a pair of primitive headphones made of cloth and rubber on the other end. The student wore the headphones and the instructor spoke into the funnel. Smith-Barry called his invention the Gosport Tube, after the town the school was in. This became a commonly used item for flight instruction until as late as the 1930’s when closed cockpits and electrical intercoms became the standard in aircraft. 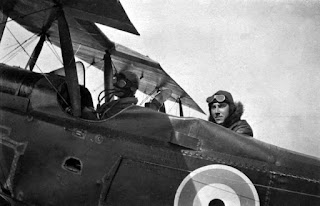 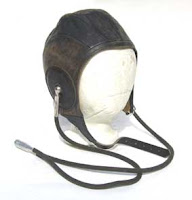 In 1926, the Bureau of Standards of the United States Department of Commerce issued a paper that could be purchased by the US Government Printing Office for a pricey 15 cents, entitled “Transmission of Sound Through Voice Tubes”. It is an exhaustive study of the physics of sending sound via hollow tubes, including photographs and mechanical drawings of the tubes used in the test procedures. The US Navy actually initiated the request to the Bureau of Standards for these tests to be done. The Navy is one of the prime users of acoustic voice tube technology, and that is true even to this day. Currently, modern Navy landing craft (or LCU’s) use voice tubes to communicate from their upper deck to control centers below deck. Other naval vessels also use them, as well as merchant marine cargo ships. 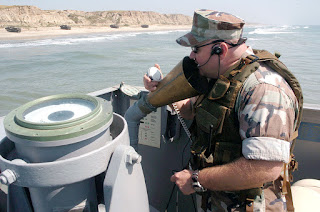 The major advantage of a voice tube system over an electrical communication system is its simplicity and reliability. Voice tubes are impervious to the problems plaguing electronic systems, such as power failures, broken or shorted wiring, and invasion by moisture. So, despite the sophistication of modern electrical intercoms, acoustic speaking or voice tubes remain in use. Because of this, voice tubes make these a good choice for these applications.

In our next installment, we’ll look at the rise of the electrical intercom systems, how they developed from the days of the invention of the telephone, and why some of the first applications of these products were for safety and security purposes.