As mentioned in our History of Wireless Technology post, getting data sent over the air without wires isn’t as easy as it is when you have a wired, or cabled, connection system.

It’s probably safe to say that most people know at least something about how a radio like this works. If you’ve ever watched a television show that feature police, fire, or other people that use two-way radios, like airline pilots, you’ve seen these radios in use. When you want to talk, you pick up the microphone and push the button on the microphone. When you’re done talking, you let up on the button. The person you’re talking to will then reply to you and you can hear them. 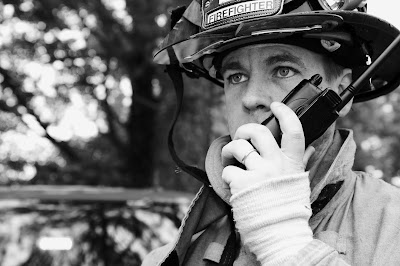 Unfortunately, for data communications, trying to use radios in this manner won’t work. This doesn’t begin to allow data to be sent and received with the speed, accuracy and reliability that is needed.

Radios used for data have to be fast, with lots of bandwidth, and be reasonably immune to natural and man-made noise and interference. They also have to be able to accept data streams in various protocols and translate the digital data (the ones and zeros, if you will) into something that can be impressed upon a radio signal. Following that, the signal has to be of a high enough quality that it can be received and turned back into the original data (again, the ones and zeros).

The proper word for putting any information onto a radio wave is called “modulation”. We don’t have time here to delve deeply into all the math and theory involved to explain the way digital data is modulated into a radio wave. However, we will look at the main method used for LANs, WANs, mobile cellular phones and data communication in general.

The modulation technique that’s almost always used is a method called “spread spectrum”. It’s got an interesting history. Spread spectrum was developed for use in military communications. The idea was to keep the enemy from being able to intercept and decode secret communications, yet also make it hard for the enemy to jam radio signals.

The original spreading technique was called “frequency hopper”, or it’s more modern term, Frequency Hopping Spread Spectrum (FHSS). It worked by actually changing the frequencies as it was transmitting the signals. Every few milliseconds, the transmitter would hop to a new frequency. So, even if you could tune into one of the frequencies in use, it wasn’t long before it was gone. Then, on the other end, the receiver had to be able to follow the transmitter when it changed. This took a lot of careful timing and delicate control, but it did work. It kept the enemy from being able to intercept the communications.

The first patent for this type of modulation was issued in 1942 to music composer George Antheil and Hollywood actress Hedy Lamarr. The two were introduced at a party where they originally bonded over the women’s magazine articles Antheil wrote about endocrinology and ways to increase Lamarr’s bust size to make her more attractive in Hollywood. But it was during these scientific discussions that they turned their conversations over to the war and how the Germans were struggling with their torpedoes missing their targets. This is rather a fascinating story as told in a previous blog post, Beauty, Brains and Secret Communication, or if you’re a podcast listener, check out the You Must Remember This episode featuring Hedy Lamarr. 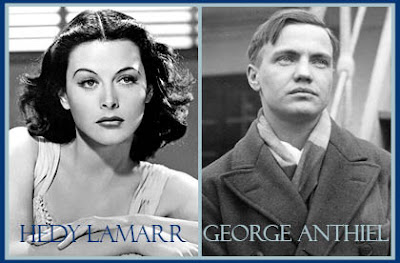 For many years, the frequency hopping communication system was classified as “SECRET” by the United States government. The Army Signal Corps was the only organization that used it or knew all of the details on how it worked. As time passed, however, researchers in the private sector began discovering how spread spectrum functioned. When the scientists and engineers outside of the military figured out the secret, it wasn’t really a secret anymore. Finally, after the patent expired in 1962, it was declassified and available for use by the civilian sector.

MORE THAN ONE WAY TO HIDE THE SIGNAL

In addition to the original Frequency Hopping Spread Spectrum (FHSS), the other spread spectrum system is the Direct Sequence Spread Spectrum, or DSSS for short. This works differently, as it doesn’t “hop”. DSSS takes the digital signal and combines it with the radio signal in such a way that the signal is spread out over a large number of adjacent frequencies, at the same time.

There are several ways to do this, but one of the more common spreading methods is called Code Division Multiple Access, or CDMA. Almost all mobile phones used in the United States operate using this method. Among its many advantages, it allows a high level of security for phone calls to help eliminate eavesdropping on phone conversations. It also allows several mobile cell phone calls to exist in the same general frequency band at the same time. By allowing that, more mobiles can be used by more people without the problem of running out of available channels, which was a common issue in the early days of mobile cell phones.

It also helps in allowing what is called “duplex” communications. This means that you don’t have to push a button to talk, like you do with the two-way radios as described in those previously mentioned tv shows about police and firemen. This makes a mobile cell phone call sound and function almost the same as a regular landline telephone call.

THE NEW AGE OF DATA COMMUNICATIONS

With the development of the capabilities described above, mobile phones and data communications entered a new era. Now, there are ways to create radio-based systems that emulate a cabled system. The age of the wireless router came about as a result of these advancements in radio-frequency systems. However, despite all of the wonderful capabilities we now have, there are still some pitfalls, land mines and other difficulties that a radio/wireless data communication system is subject to. In our next installment, we’ll explore some of the what-not-to-do’s.

If you’d like to read more on all of this, plus more that we didn’t cover here, I recommend reading “Wireless Communications and Networks”, by Dr. William Stallings. It’s very easy to read and makes all of the theories very understandable.