The use of radio-frequency (RF) devices for wireless transmission of data is an appealing way to set up local networks (LAN). RF-based routers have become relatively inexpensive, easily available from many suppliers, and simple to implement.

In places like private homes, small business locations and even larger areas, such as malls and hotels, wireless networks have become about as common as telephones. Retailers, especially those that operate large brick-and-mortar stores (ie supermarkets or department stores) frequently set up these networks. Consumers who walk into a store are urged to sign-on and thereby get special prices or get help navigating through the store. 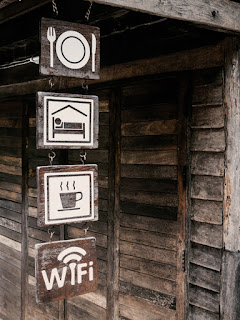 In the last decade or so, many businesses that exist in an office environment, like insurance companies, have implemented wireless LANs, both for their employees and also for use by visitors. However, there are some potential problems for both the operator of the network and the users of the network.

Unfortunately, radio waves can’t go through all materials. Metallic items used in most commercial construction, like metal wall studs, window frames and HVAC ducts, can act as signal shields. These items can also deflect signals around in ways that make I hard for mobile devices, like laptops and smartphones, to receive the signals. This can result in some areas being inaccessible to any over-the-air connection. 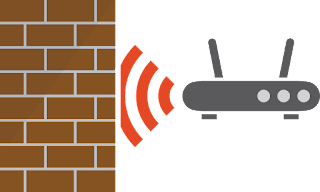 Two of the more frustrating experiences users suffer are problems with data being scrambled and other services that use the wireless bands creating interference (almost always unintentionally).

As previously mentioned, it can take many retries to send or receive the information. Besides slowing down response time, the data can get badly corrupted. This can result in problems like missing or garbled text, images and graphics not loading, and other unwanted effects.

Interference to a LAN signal these days is rare, thanks to modern modulation methods and encoding/encryption techniques. But it does happen occasionally. Wireless LANs typically use the unlicensed sections of the Industrial, Scientific and Medical bands (also called ISM bands for short). Many other services use these bands also.

Because the Federal Communication Commission does not issue licenses to users to operate in these bands, there is no protection to any individual user against invasion from unwanted signals.

By far the largest drawback, and the most dangerous one, is the ability of “wide open” networks to be invaded by hackers. Attacks of this type are very common. Criminal hackers can extract everything from documents to credit card and banking information stored on mobiles. The rise of identity theft is due in part to this kind of activity. 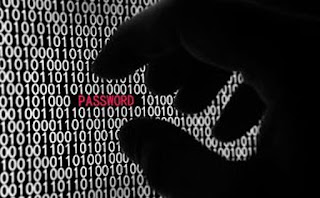 Wireless data LANs that operate in the ISM bands must use a fixed power level. It’s not possible to increase the actual transmitted power. Federal Communications Commission (FCC) rules prohibit changing this. Increasing the power to improve coverage is not an option.

However, much work and research has been done by the hardware manufacturers in the area of antenna technology. If you look at a modern router, you’ll probably see at least two, or as many as eight, antennas attached to it. This helps a great deal with coverage. Routers from the major makers, such as Linksys or Netgear, now have much longer ranges and larger areas of coverage than those of just a few years ago.

In some environments, areas to be covered and materials used in the construction mean that one single router can’t cover the entire area. It is possible to deploy another router, but many times a wireless range extender device will provide signal where it’s needed.These devices are simple to install and relatively inexpensive compared to the cost of a router. They are used extensively in both commercial and residential locations.

Proper placement of both the router and any range extenders can help a lot in improving coverage. Avoiding putting these devices near large metallic objects, or anywhere a large number of electrical cables are installed, can help to insure that signal quality is the best it can be.

By creating proper hardware placement, the number of dropouts and the need for continuous retries to get data delivered successfully can be reduced to a much more tolerable level. This can also help alleviate interference from other users in the band.

The problem of hackers invading a LAN, particularly one that is open and not secured, will always be with us. In an employee-usage environment, like in an office, or in a home where the LAN is used by only one family, proper security methods typically eliminate attempts by hackers to compromise the network. If visitors need access, they can be given a temporary password that will allow use of the wireless LAN for a limited time.

From the user standpoint, another way to insure that a mobile device can communicate securely in an open-network environment is to set up a Virtual Private Network (VPN). This creates a tunnel from the user to the website or server that is being accessed and is encrypted to keep data from being interrupted. There are many companies that offer this service for a monthly fee.

Now the concern is; what are the pros and cons of deploying a wireless network in any given environment? Our next, and final post in this series, will define some of these and point out the good, the bad and the ugly sides of wireless LANs.